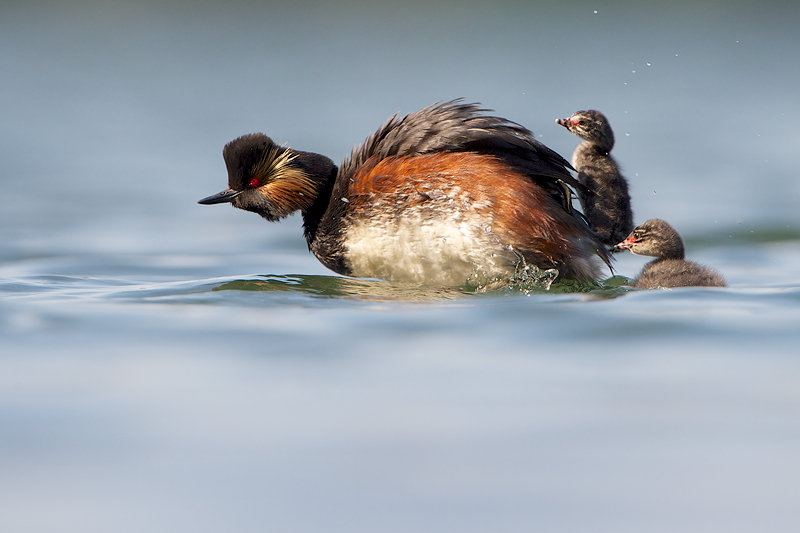 The last weeks have mostly been consumed by the construction of our new bathroom. So, when this morning I had an appointment in the South, I decided to leave somewhat earlier so I could spend another hour with the Black-necked Grebes (Geoorde Fuut). By now most of them have chicks and they seemed a little more shy than last time. Still there was lots to see, to laugh (it’s always funny seeing those little ones) and I could even make some shots. My time was limited, but still I continued my trip in a good mood because of the shots I made !