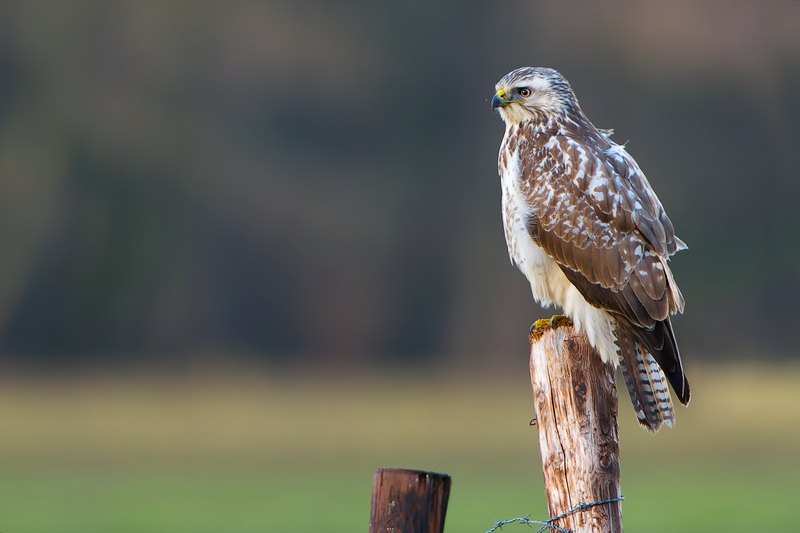 As I have shown earlier, there’s a Common Buzzard (Buizerd) hanging around my house. Taking goods shots however proves to be difficult, I even have the impression that the bird flies of as soon as I open my front door. Well, there’s also two crows that are harassing this Buzzard all the time. Yesterday I spotted it on the field again, but before I could take a 2nd shot, it flew of again, scared away by one the crows. During our morning run, we had seen some 50 European Chaffinches (Vink), so in the afternoon, when the sun came out briefly, I went to that place again. The finches had left, but hey – there was the Buzzard again, sitting on a pole! On closer inspection it appeared to be a different bird, so there’s at least two hanging around the area.. Hopefully I get a chance for a closer shot one of these days, although the weather prediction says rain and wet snow, which won’t make for a lot of light I’m afraid 🙁 . 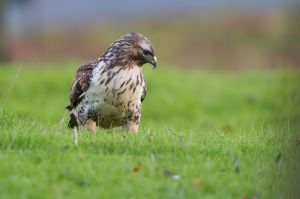 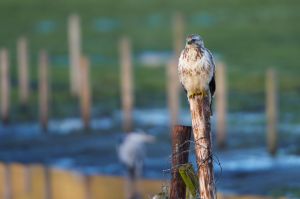 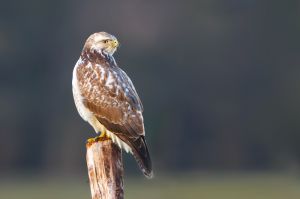 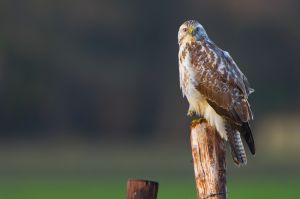