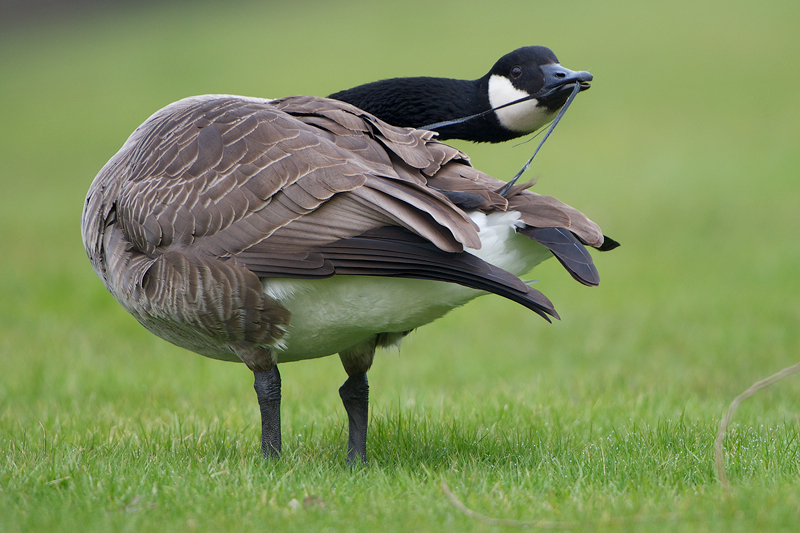 Yesterday I came back from Beijing, and to get rid of the jet lag as soon as possible I wanted to go outside this morning. Upon leaving the house however I saw an usual goose opposite our house, and watched it for several minutes. It seemed to be trying to relieve itself from some elastic band that was partly under the right wing. This however seemed not be possible and after watching it struggle for some 30 minutes I decided to call the “Animal Ambulance” (Dierenambulance). The guys got here after some 15 minutes and together we tried for almost an hour to catch the goose, but it let itself not be caught and went into the water every time we came near. It could fly little stretches to get away from us, however it looked impaired. We thought of getting in a boat, but realized that this wouldn’t make any difference since it would keep on getting away. Finally the guys decided to leave and maybe check upon the bird tomorrow. It is still here, hopefully at one point it can solve the problem by itself I hope…. In the afternoon I quickly went by a couple of Red-crested Pochards (Krooneend) that have been around for  a while and got some nice shots of those. 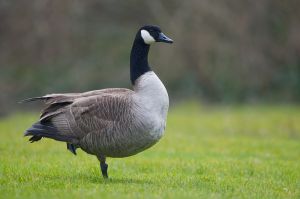 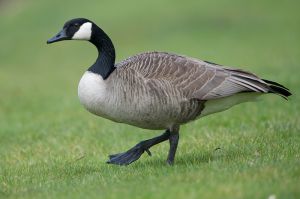 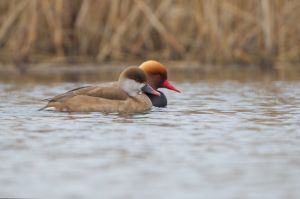 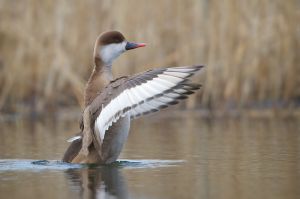