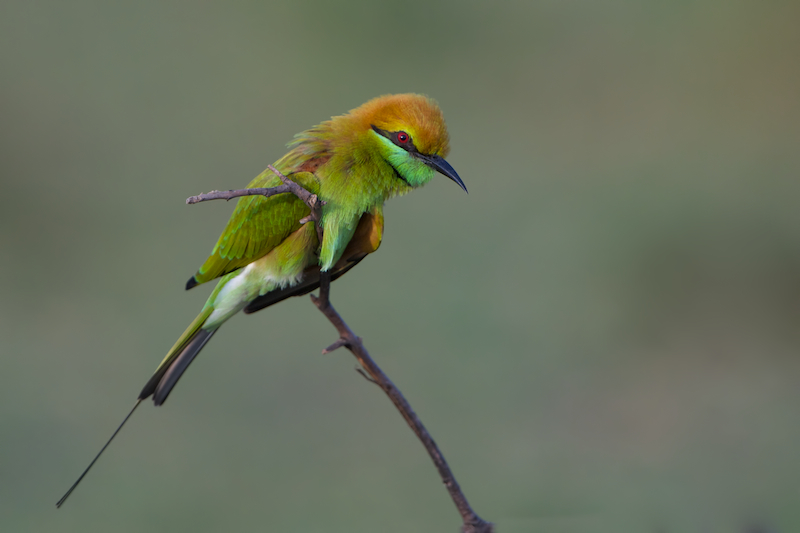 Last week I had the opportunity to spend some shooting days in Thailand. My first stop was in the holiday town of Hua Hin. In itself not a special birding hotspot, however in the gardens of my hotel I already found some common species as the Peaceful Dove (Zebraduif) and Oriental Magpie Robin (Dayalijster). Driving around the area for a while, I finally found a farm where I spotted some Little Green Bee-eaters (Kleine Groene Bijeneter). After I showed the farmer my camera equipment he was kind enough to allow me onto his land and I could spend some time with the Bee-eaters. Some other species showed up as well, among them one of my favorites: the Hoopoe (Hop). As always very alert, so I could only take some long distance shots. The Bee-eaters were more easily to approach and I had plenty of shooting opportunities! Sometimes with the bushes as a background, but sometimes also one of the livestock cows, creating a brownish background. 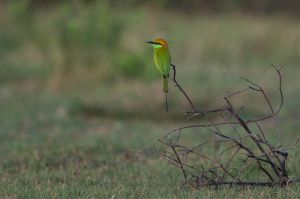 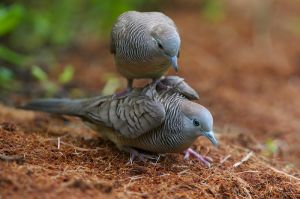 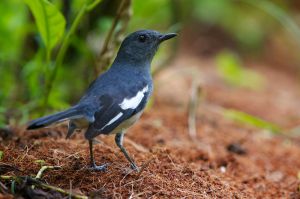 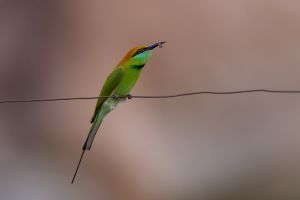 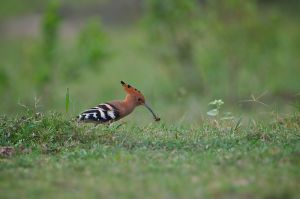 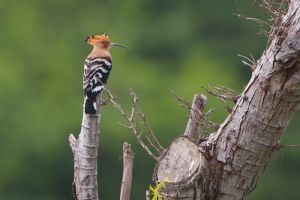 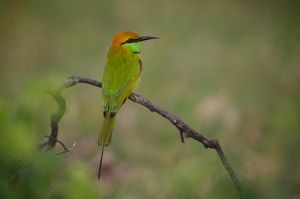 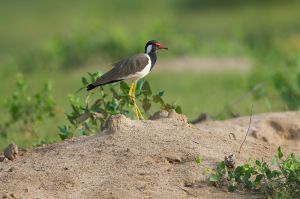