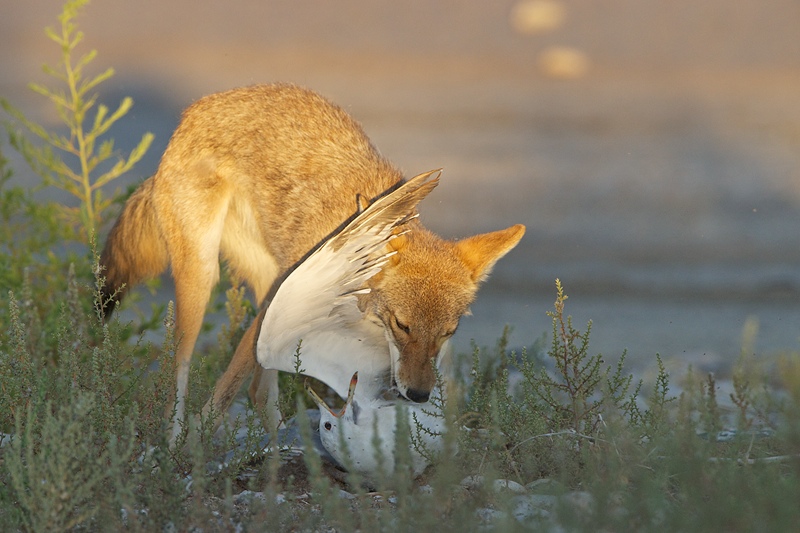 Coyote in the process of killing a Gull 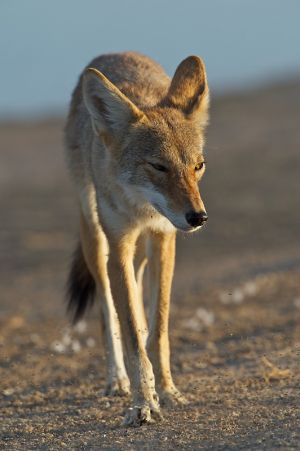 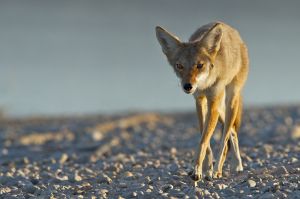 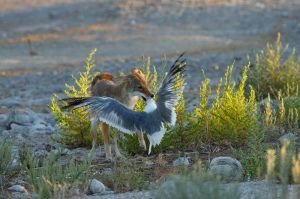 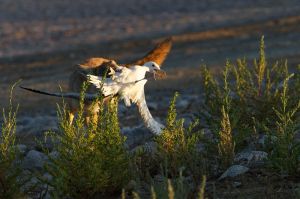 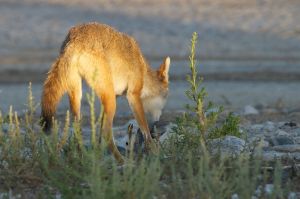 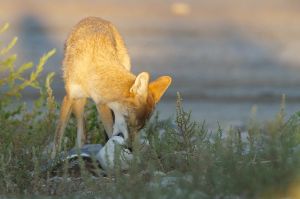 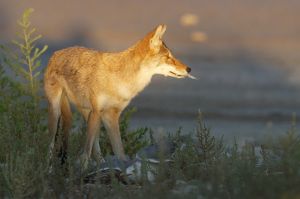 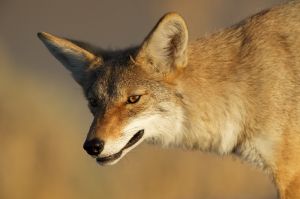 This evening I went to Antelope Island to see if I could improve my shots of both the Burrowing Owls and the Loggerhead Shrikes. This proved to be not really successful. On my way back I stopped along the causeway to frame some waders (Phalaropes and Avocets). Suddenly I saw a Coyote strolling along the beach, coming in my direction. Curious as they are, it came within focus distance from me – giving some portrait options. After a while I continued with the waders. All of a sudden the Coyote re-appeared, this time with a Gull in its mouth. It was still alive and tried to pick back at the Coyote. After some biting, smashing and tearing – the Gull appeared to be dead, but the Coyote did not eat it – not even a bite. Probably some play ? Local birding friends of mine determined the bird as a Californian Gull and say that it was probably in bad shape (the primaries seem to be worn) – so in that case this was hopefully a ‘mercy’-kill . Anyway, not a real pleasant sight.. 🙁 .