Everyone his own Glossy 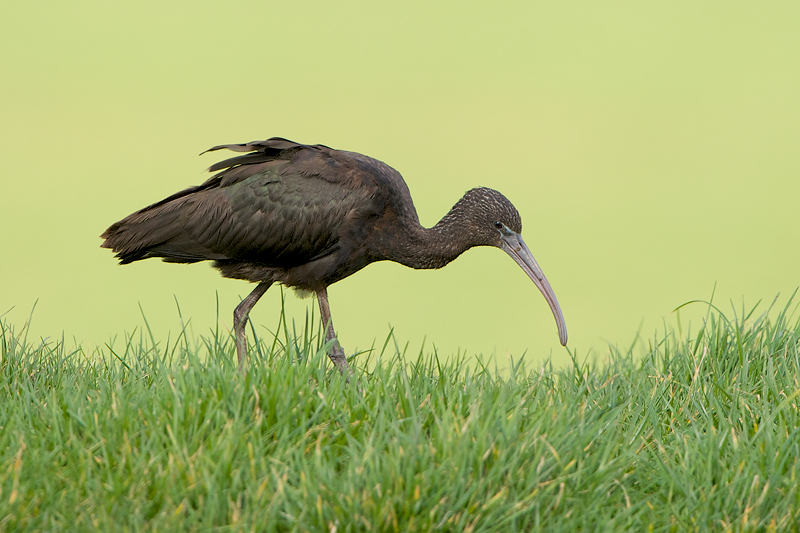 The trend of famous people having their own Glossy is not so special anymore. This year we had an influx of Glossy Ibises (Zwarte Ibis) in the Netherlands. Some odd 40 individuals have been reported in several parts of the country. So many birders could have their ‘own’ Glossy now as well. The Ibises are normally living in South-eastern Europe and winter in Africa. It’s rather unusual that they spend the winter overhere. Close to my hometown (15 minute drive), since some months now, a group of four has been around (in the beginning five, then for a while three, and now four) that have their fixed place for spending the night. During the day they roam the farm fields in the area, and can often be seen at close distance from the car. Since they often feed on a small dike, it’s possible to frame them against a nice and clean background – as the fields below are far away.. Well , see for yourself – here some sample shots I took last week. Colors in the images reflect the different weather and hence light conditions we had last week 🙂 . 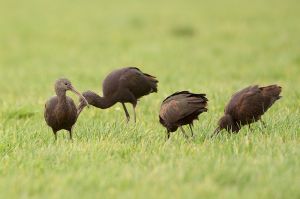 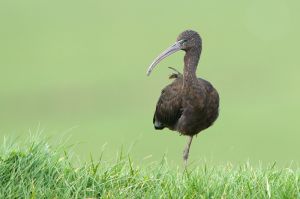 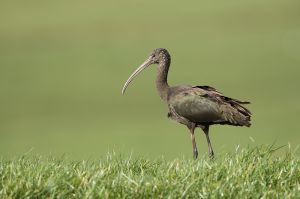 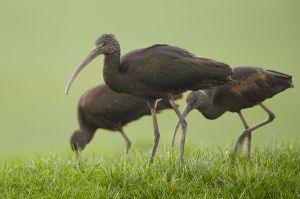