When I teamed up recently with Remco at the harbor, things looked bad. The sun that was promised to us didn’t shine, the wind was strong and sand and salty water sprayed us. I had seen only one Sanderling (Drieteenstrandloper) on a stretch of empty beach, but when I had climbed down, a dog had chased the bird away. On a smaller beach, we found the Sanderling again and decided to give it a try. Laying in the sticky sand, we tried to frame this fast moving species, that specializes in running up and down the shoreline as quickly as possible, which makes it hard to focus. That said, I nevertheless managed to make a shot where the bird had two feet of the ground! While having fun with this little plover, suddenly a Herring Gull (Zilvermeeuw) appeared on the scene, with a fresh caught fish and gave us ample opportunity to make some pictures. When the bird flew away, I was too close for nice flight shots 🙁 . Well, a good decision after all to spend some time with the Sanderling, otherwise we would have missed out on the fishy Gull 😉 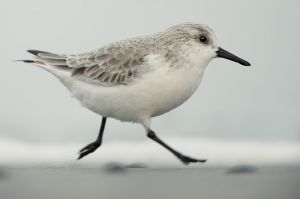 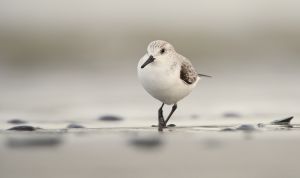 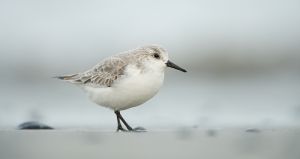 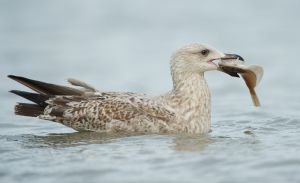 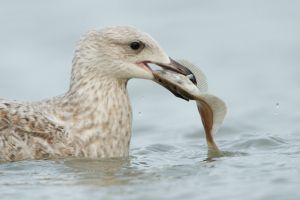 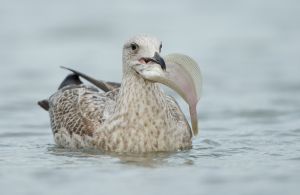 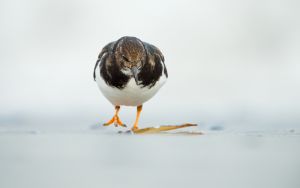