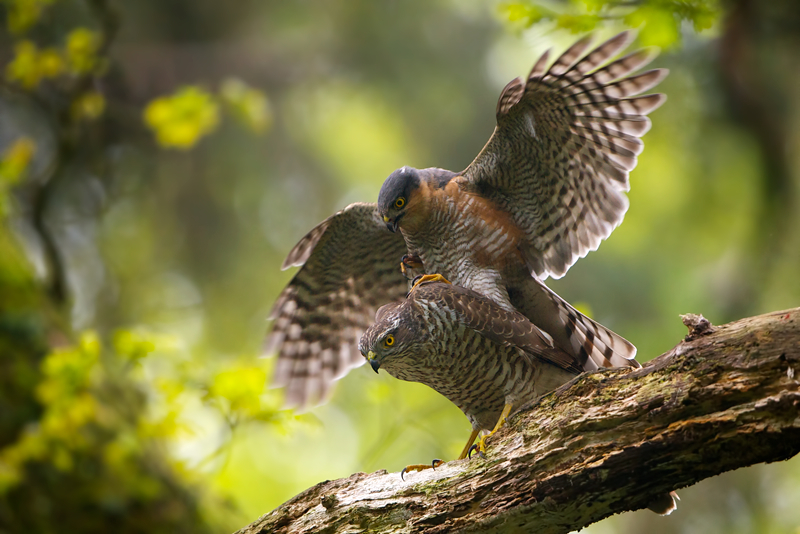 Some days ago I wrote that ‘my’ female Sparrow-hawk was waiting in vain for food and hence finally caught her own. Apparently the Hawks also read my blog, since today I witnessed a change in the male’s behavior, this time he provided a full service session! When I arrived, the female was sitting on a branch – looking slightly bored. After some 30 minutes, suddenly her fiancee arrived, and in mid-air handed her some appetizer. She positioned herself on a branch and started working on the food, whereas the male perched itself some branches away waiting for her to finish this late lunch. It looked as if he was already in anticipation of what was to come. After she finished eating, he took a dive and for some 4-5 seconds had a go at her. As you can tell from the last picture I am not sure whether or not she appreciated all this…. 😉 . Well, at least – after several weeks of putting in time and energy – I finally have my mating shots. Even with ISO’s between 2000 and 2500 I am more than satisfied with the result. And the upside of clouds and light rain? No shadows! 🙂