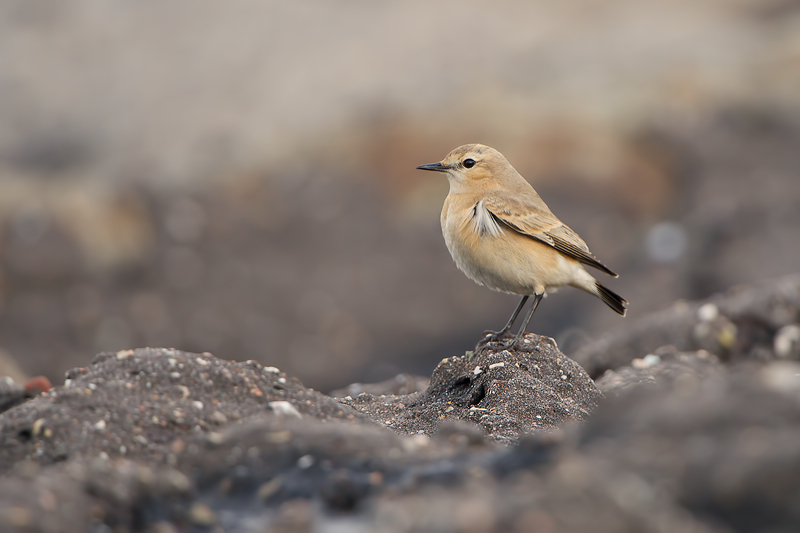 This Isabelline Wheatear (Izabeltapuit) is one of the birds that I find hard to identify. A rarity in The Netherlands ( 5 cases until 2008) – one apparently showed up last week at one of the industrial sites in The Netherlands (Maasvlakte). Maybe if I would have noticed it myself, I might have mistaken it for a ‘normal’ Northern Wheatear (Tapuit), that is more common around here. In case I would have noticed something unusual, I would have thought of a Desert Wheatear (Woestijntapuit) first. Well, anyway – I decided to have a go today and apparently this is the one..Or so I’m told :-).  I put in one picture of a Northern Wheatear in, to show how that looks. There were some 5 Wheatears around, making it hard to find the right one 😉 . 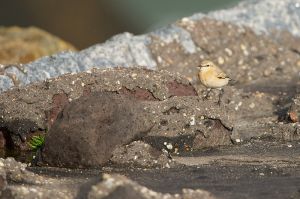 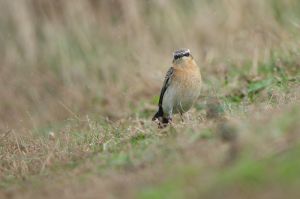 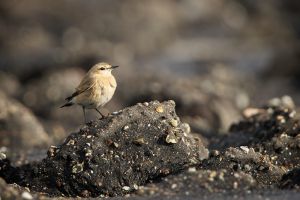 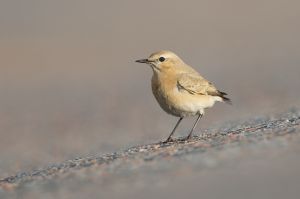 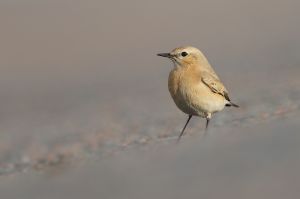 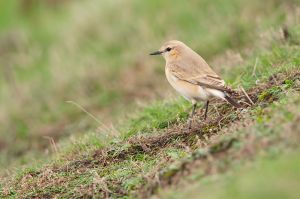