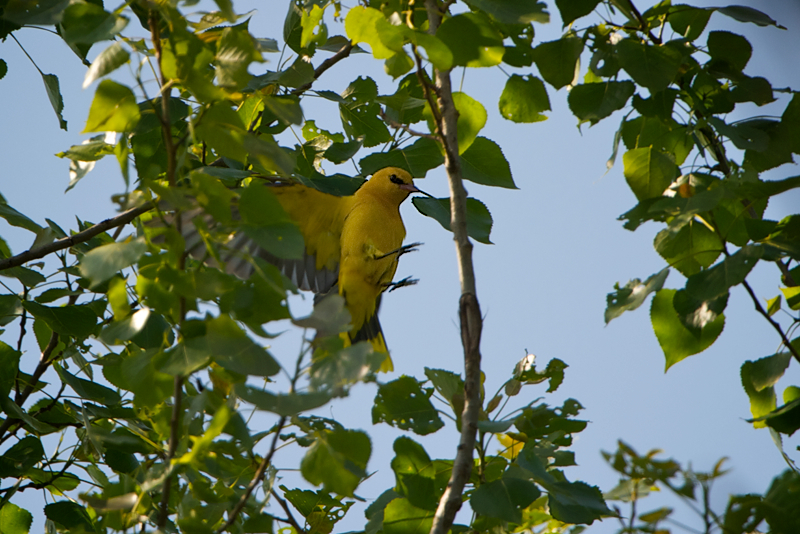 Taking high quality bird shots requires time, patience and a little bit of luck. Some days however, I decide that taking pictures isn’t the main objective, and simply go out ‘birding’. Of course I bring the camera along, you never know…. Yesterday was a day during which I found a wide variety of species (over 40), some of which I had never seen before or never seen before in the Netherlands: Eurasian Golden Oriole (Wielewaal), Icterine Warbler (Spotvogel) and Marsh Warbler (Bosrietzanger). Other ‘difficult’ species I recorded were Cuckoo (Koekoek) and Little Bittern (Woudaap), of the latter unfortunately I was unable to take a picture 🙁 . Highlight of the day was the nest we found (though I must admit that Dominique, my wife, found the nest…) of the Orioles. It reminded me of the ‘football’-shape that I saw Weaver Birds use in South Africa….. A very well-built nest by the looks of it ! And fun to watch the male escorting the female on all her trips  outside!