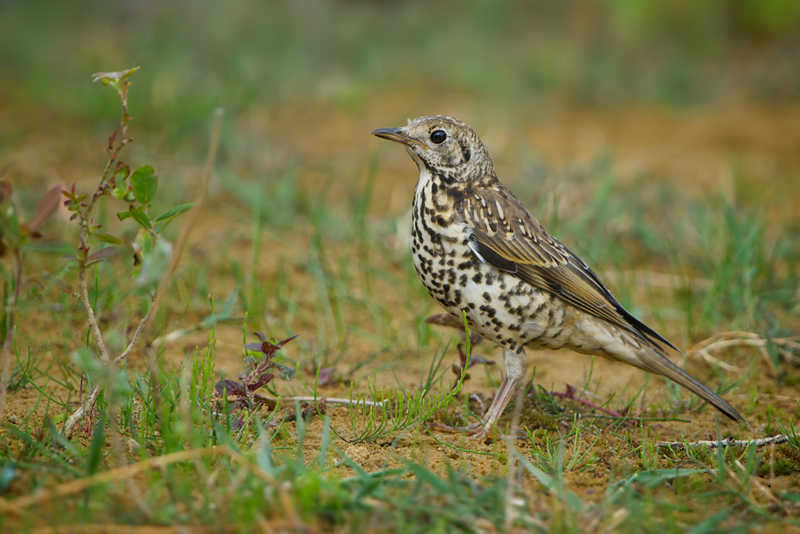 Two days ago I visited a place called “De Rietputten’ to see if I could find some of the young birds down there. A Marsh Harrier (Bruine Kiekendief) was giving me a hard time however.  Hovering above the wetlands, it scared most warblers deep into the reeds. As a result there were not that many birds to photograph – only a few juvenile Bearded Reedlings (Baardman)  that showed itself briefly. Luckily I found a young Bluethroat (Blauwborst), whose parents I had in front of my lens some weeks ago (judging from the territory). Today I had an appointment near Wassenaar, but first paid a visit to a place where some of my fellow bird photographers had spotted a Mistle Thrush (Grote Lijster) recently. Since these birds tend to be rather shy by nature, I never had the chance to take some descent pictures of this species. This morning I simply positioned myself flat on the ground a waited for things to come. And, voila!, after some odd 30 minutes the bird appeared and started feeding at the lake’s edge. It came actually pretty close, until a group of runners passed… My time was up anyway, but I did get my shots 😉 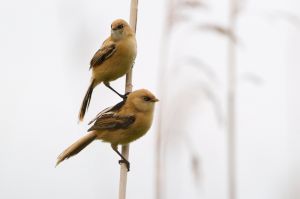 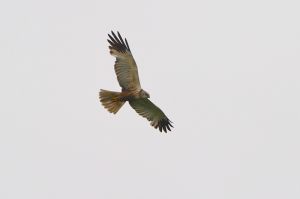 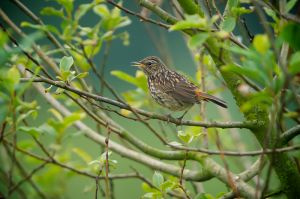 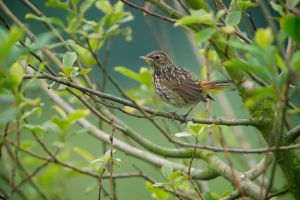 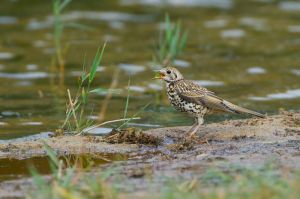 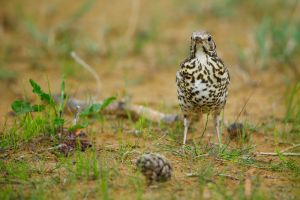 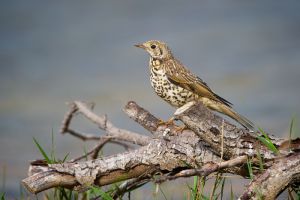 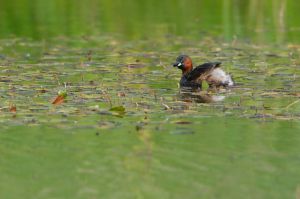