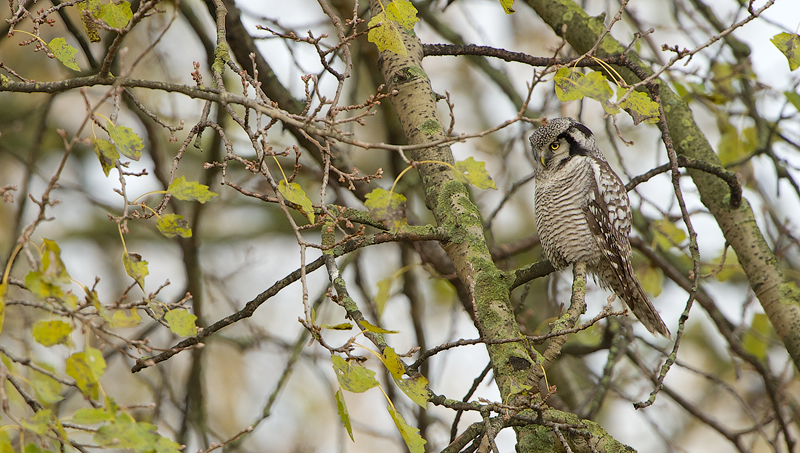 Last sunday night, a Northern Hawk-Owl (Sperweruil) was spotted in the eastern part of The Netherlands. Only the fifth recording in a hundred years ! This bird normally lives up north, in northern Scandinavia, Siberia and Alaska. After having no opportunities for checking out the bird earlier this week, today I could, by changing some appointments in my schedule. I was not the only one, probably another 60-70 birdwatchers were at the location, after already hundreds in the last three days. This bird even made it to the major news shows and broadcast channels. Light today was not great, nor was the tree the bird had picked. Still, a thrill to see this rarity and make some souvenir shots as well 🙂 . 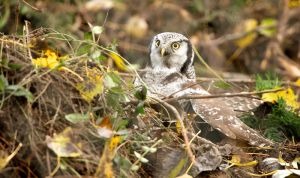 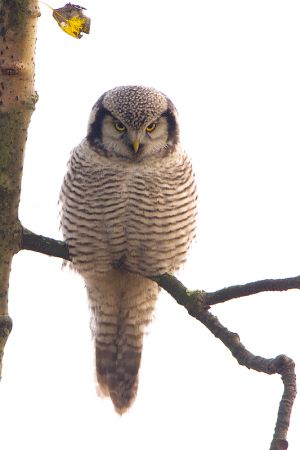 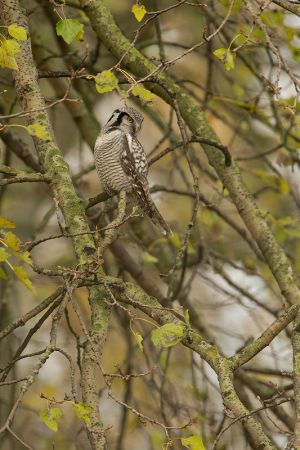 Hans Overduin (1970) is an avid (wildlife) photographer and lives in The Netherlands. His work is widely published and is represented by Nature in Stock. In 2015 he had his first international exhibition at the Bolinas Art Museum, California (USA).