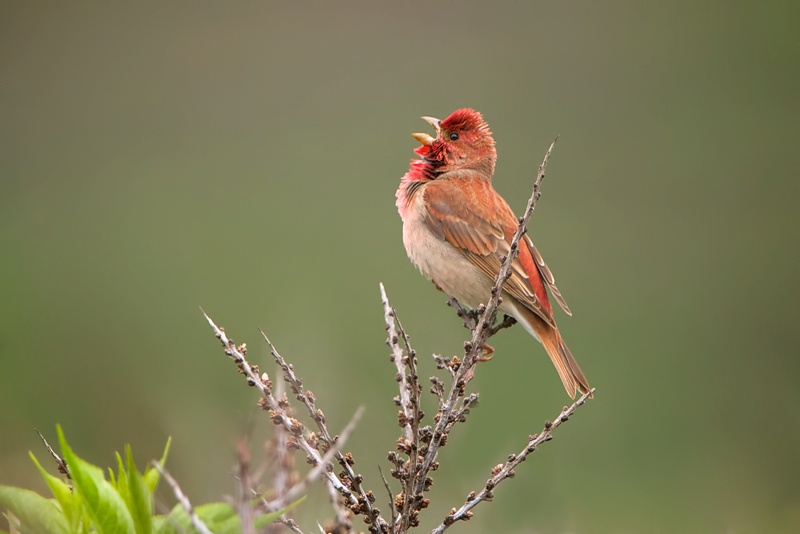 Some weeks ago we had a Common Rosefinch (Roodmus) in Den Haag, but it stayed mostly high up in the trees (see Blog 20th of may). And only one day for that matter… Yesterday I tried my luck on another one near IJmuiden. One? There were four of them: two males and two females. Looks like a little holiday trip… When I arrived I could already hear the male(s) sing their “Pleased To Meet You”-song. The birds were very busy, flying up and down the area. Nevertheless I could make some shots, however in close-up they were perched against the sky every time. Photographing them with a nicer background was also possible at a certain point, but in that case they stayed relatively far away. In any case, I came home with (in my humble opinion) some better shots than the previous time 😉 . Still I wonder why there’s so many sightings of these birds this year ? Spending their winters in India, they should spend the summer in Eastern Europe and Russia… Strange guys to come this far West…. Today I found another red Bird: the Common Redstart (Gekraagde Roodstaart) – but since this was his nesting site I quickly left it to continue the hard work….