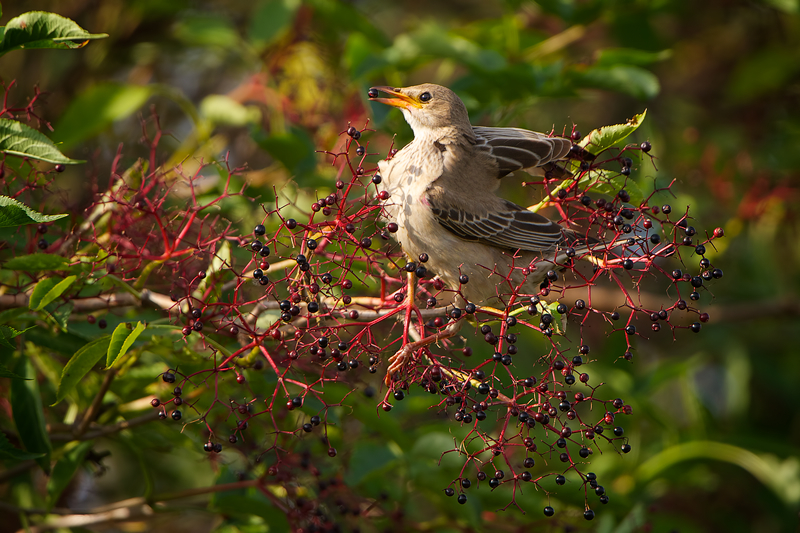 Today it was time for an old-fashioned twitch again. A juvenile Rosy Starling (Roze Spreeuw) had been spotted not too far from where I live. So I jumped in the car, and when I arrived at the spot I (almost) ran the last meters to a group of birders. The bird had just flown up I was told, and was momentarily out of sight. Minutes later however we found it back again in an elderberry. Pffff…. After showing itself  nicely several times and giving us the opportunity for some shots, it took off with a group of other Starlings. And so I returned home, happy with the sighting and shots that were not too bad either 🙂 . 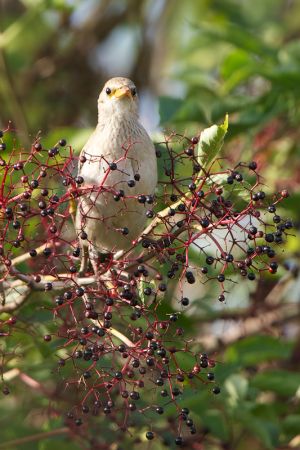 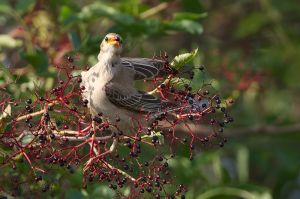 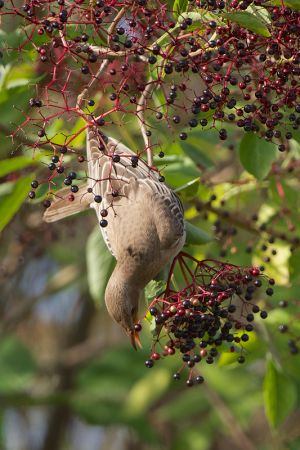 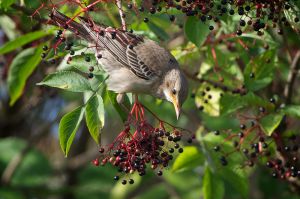