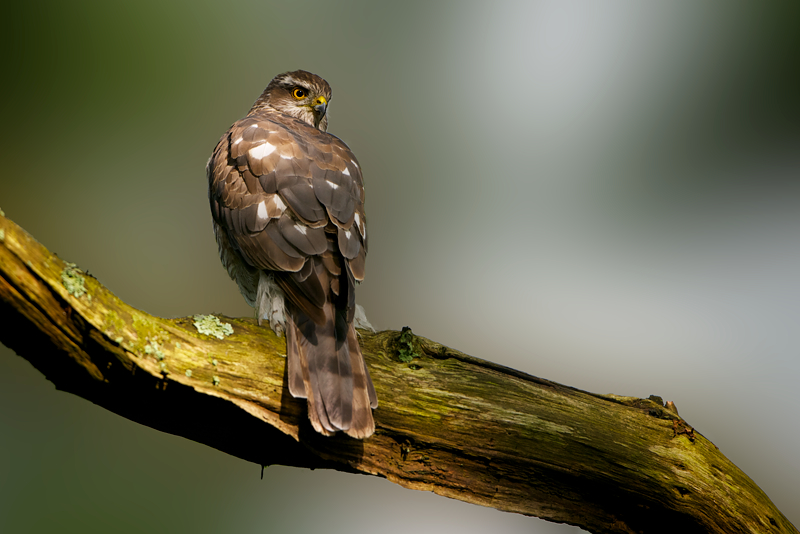 The 2nd Calendar Year female that became a mother !

This year I had the unique opportunity to witness a pair of Sparrow-hawks (Sperwer) working on their offspring. During a visit to a nearby forest me and some other birders heard a couple of Sparrow-hawks courting. From that moment on I paid them regular visits and even was able to take shots while they were mating. The female appeared rather young, so the big question was: “will she be laying eggs” and if so “will this result in young birds’? Several exciting weeks followed, during which we could witness the pair building their nest and finally Mum taking position on it. Lots of feeding sessions and the like I could see and shoot. The down-side was that the nest was built in a rather unsafe location, so when it was clear that they were really nesting we decided to stop writing about the pair on our respective blogs, to make sure that they could do so undisturbed. Obviously me and few others every now and then checked upon them and reported back to each other. Always making sure however not to disturb the birds – which would have been hard I must admit since they didn’t show the slightest interest in us.. 😉

Finally some weeks ago the news reached me that there were indeed little chicks, as it appeared two of them. And since last week they have left the nest, and have almost become ‘real Sparrow-hawks’. Probably they still will have quite some learning to do, but they will soon be on their own. So, all in all a nice story and for me personally a very special period – these things don’t happen all the time.

For some more (in the dutch language) you can also check: Kiekjesdief.nl .

For a full image capture of the mating session, please check my older Blog.

In the gallery I posted some shots that show the process from start to finish – maybe not all that great in technical respect, but at least it shows the picture. Please realize that most shots (especially the nest and the chicks) are taken from long distance (as not to disturb the nest), through the leaves and under bad light conditions.

The captions of the images will tell you what you see ! Have fun…. 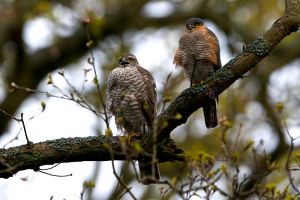 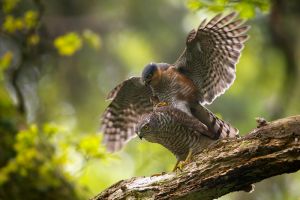 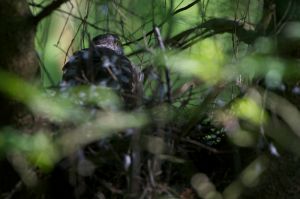 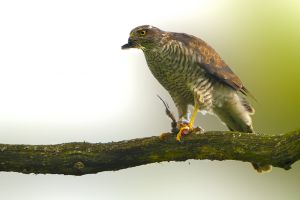 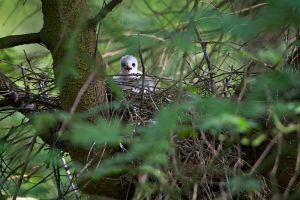 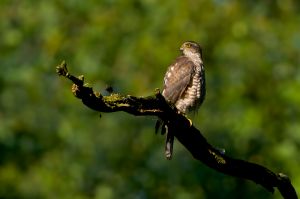 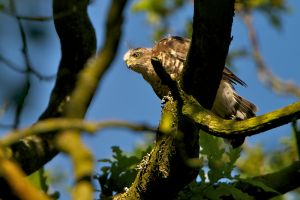 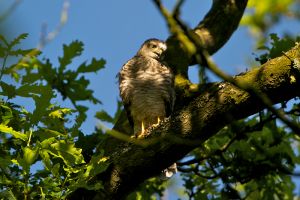