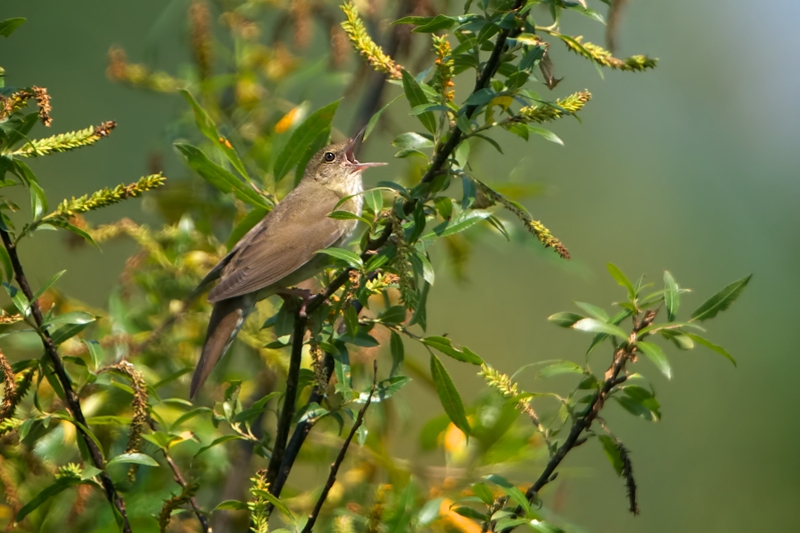 It seems ages since there was sun and high temperatures. A nice day for birding! I had some species in mind I wanted to photograph, but -as ever so often- things went in a totally different direction. I drove quite a distance for good shots of a Red-backed Shrike (Grauwe Klauwier), but only saw it very briefly in the (far) distance. Yellow-hammers (Geelgors) however were willing to pose. On my way back to Den Haag I stopped at a place famous for it’s Purple Herons (Purperreiger). Guess what ? Only saw them flying in the distance 🙁 . Since it was around noon, the light was so harsh that all I could do, was take backlit shots of Black Terns (Zwarte Stern) en Reed Warbler (Kleine Karekiet) – a rather artistic experience ;-). But surprise, surprise: the most special thing today I found close to home: a real River Warbler (Krekelzanger). A lifer for me and a rare one for the Netherlands. Okay, it was perched relatively far but I was more than happy to see & hear it !