Wonderful Wryneck and some more colors from Thailand 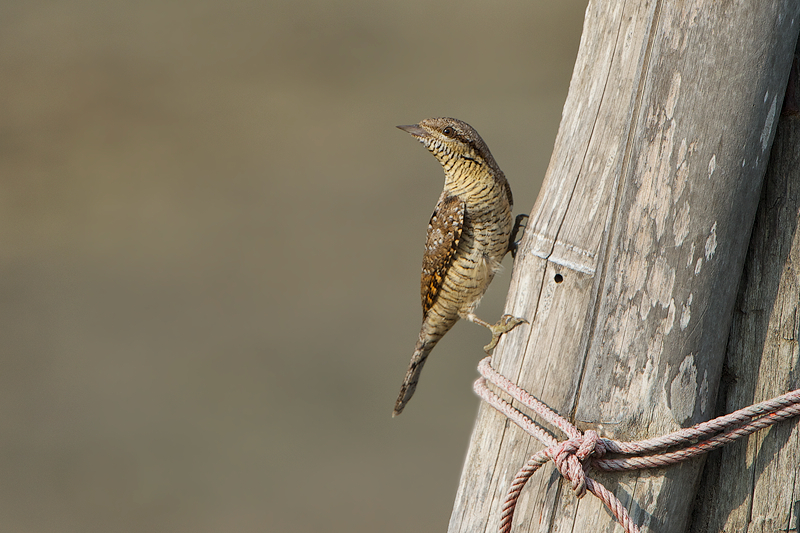 One of the most elusive birds, that is not often seen so exposed.

One of the most surprising moments last week I experienced while I was sitting in my rental car. An Indian Roller (Indische Scharrelaar) was perched on a wire and I was merely waiting for it to come down hunting for insects (shots will be shown in one of the next posts!). Suddenly a ‘new’ bird landed on a crinkle in the wire, and I couldn’t believe my eyes: a Wryneck (Draaihals). One I wanted to shoot for such a long time – and suddenly it was perched within shooting distance. It moved lower to some poles in the water, not very close alas, but close enough to make some shots ! Happy me 😉 ….. This bird is very elusive and to have it out in the open was like a dream come true. In one of the shots you can also see why it’s supposed to be a member of the family of Woodpeckers. In this post I will also show some of the other species I found in the nearby mangroves: several Kingfishers and other colorful species … Shooting in the Mangroves near Laem Pak Bia was both easy and not: easy because of the fact that many species can be observed from the car, not so easy because of the contrasts one encounters between dark and light patches in the undergrowth…. But I made the best of it I guess 😉 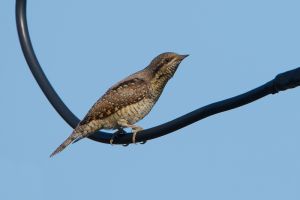 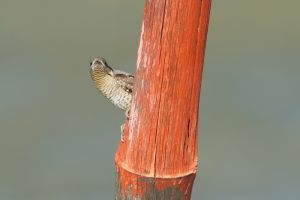 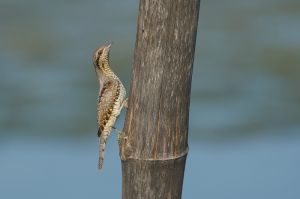 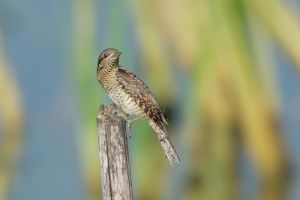 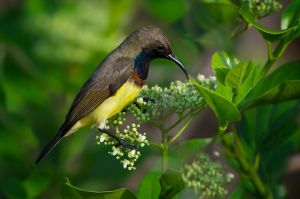 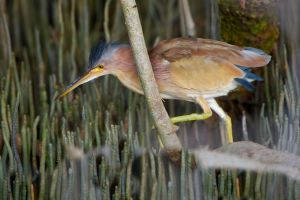 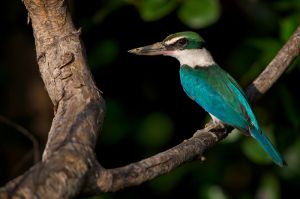 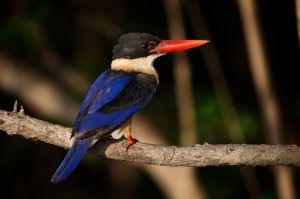